The opening week of NFL Free Agency has seen a flurry of moves made by the Philadelphia Eagles and their Head Coach/General Manager Chip Kelly. Opinion is divided on these moves. 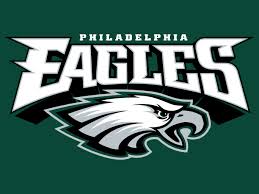 Some experts have called Kelly a genius, some have called him mad. There’s stupidity and calculated risk, these moves definitely fall in the latter category.

I like it! At least he’s doing something which is far better than the alternative.

It all kicked off prior to the start of Free Agency with the trading of star Running Back LeSean McCoy to Buffalo for Linebacker Kiko Alonso. My initial reaction was one of shock and anger as I had just recently bought a McCoy jersey for my 10 year old son, but when you sit back and think about it, this move makes total sense.

On the surface many would ask why trade McCoy in his prime for Alonso, who is coming off an ACL injury that caused him to miss all the 2014 season, however Alonso is much younger and a lower salary cap hit, plus the Eagles need the most help on defence.

Alonso was coached by Kelly in College at Oregon causing many to accuse the Eagles of trying to become the Philadelphia Ducks, with rumours also floating about of Kelly’s intention to chase Quarterback Marcus Mariota in the NFL Draft.

Alonso, voted as the 84th best player in the NFL prior to the 2014 season, will form a formidable Linebacker combination with the likes of Mychal Kendricks , Connor Barwin and Brandon Graham.

The ACL injury is a concern, but plenty of players have come back from these before. Eagle fans need only look to the comeback of Jerermy Maclin last season to put their minds at rest.

McCoy’s dancing running style did not suit the way Kelly wanted to play. It was said that he did not completely buy into the Chip Kelly way, although both parties strongly deny that. The Eagles needed a replacement who was more of a straight down the line “north south” runner.

Just as Eagle Nation was starting to fully comprehend the McCoy trade, another move was made that would be an even bigger head scratcher. Quarterback Nick Foles was traded to St. Louis for Sam Bradford with some late round draft picks involved as well. This came off the back of the re-signing of back-up Mark Sanchez to a $5 million contract, a hefty sum for a back-up.

Bradford, a former number one draft pick and 2010 Offensive Rookie of the Year, is coming off two ACL injuries and has missed all but a handful of games in the past two years. He also comes with a big salary cap hit.

Why would you do this trade for a player coming off two season ending knee injuries for your starter who has a 14-4 record and threw 27 touchdowns with just 2 interceptions two seasons ago.

It would seem easy to say that Bradford will be used as further trade bait to move up and get Mariota. I don’t think that will happen.

But that doesn’t mean the chase for Mariota is over. Perhaps Sanchez maybe the one to be traded.

After the trading of McCoy the Eagles needed a Running Back and they went out and got two! After Frank Gore from San Francisco reneged on a deal to join Indianapolis, probably a blessing given he’s 32, Ryan Matthews from San Diego and DeMarco Murray from their arch-rival Dallas Cowboys were signed to fill the void and provide increased production, given they are both starters. Both are somewhat injury plagued but fit the running style that Kelly is after.

Together with Darren Sproles and Chris Polk they will form a lethal running division. Sproles will continue to be used in passing downs and special teams. His value as a back is best in short bursts.

These signings could signal a shift in focus for the offence to run first and an increased use of Tight Ends in the passing game as a result of the loss of Maclin in free agency with no replacement signed as yet.

Cornerback was perhaps, well it was, the Eagles worst position last season and this has been addressed by the signing of Seattle pair Byron Maxwell and Walter Thurmond. The acquisition of Maxwell in particular is exciting. A Super Bowl champion in 2014 and playing in another Super Bowl this year as part of the famous “Legion of Boom”, Maxwell brings much needed experience, skill and speed to a secondary that really struggled last season. A Safety is still needed which will most likely be addressed through the draft.

So far all the moves, the Eagles roster appears to be in better shape now than it was two weeks ago, despite the loss of some much loved players.

There are still some pieces of the puzzle to come into place, but the foundation is there. Who knows what will come next.

I for one, can’t wait to see what comes next. It’s all a bit of a fantasy.