Its finally here, Week 1 of the 2015 NFL season has arrived. 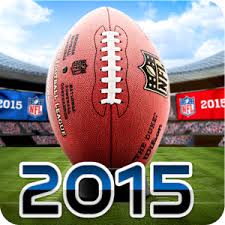 Tom Brady and his Superbowl champion New England Patriots host the Pittsburgh Steelers. When the schedule was released this looked like a tantalising opener, however both sides will be well below full strength.

The Patriots off-season is well documented with the end result being that Tom Brady is now free to take the field. This is a big win for New England, who will be without running back LaGarrette Blount and wide receiver Brandon LaFell, while fellow pass catcher Julian Edelman is questionable.

The Steelers will be missing running back Le’Veon Bell, wide receiver Martavis Bryant and centre Maurkice Pouncey, leaving a massive hole in their offence.

For me, Brady and Rob Gronkowski will get the job done and the Patriots will win the opener at home 28-21.

Other games to watch

I wrote a piece back in June with five juicy Week 1 match ups to look forward to.

Including the Patriots vs. Steelers game, these are the best games to watch across this weekend.

But let’s face it, we will be watching them all very closely.

The debut of the Hayne Plane

Jarryd Hayne has amazingly made the 53 man roster of the San Francisco 49ers. The next question is will he be in the 46 active players on game day, which will be announced 90 minutes before game time (Tuesday 12.20pm AEST). If he does play he will most likely be used on special teams, as Carlos Hyde is likely to be the feature back, and all of Australia will be tuned in to see how the two time NRL Dally M medalist goes. Bet against him at your own peril.

What I am most looking forward to

The first Monday night game (Tuesday 9.10am AEST) sees my Philadelphia Eagles travel to Atlanta to play the Falcons in their first game under new head coach Dan Quinn. The Eagles offence should run all over the Atlanta defence, rated to be the worst in the NFL by some experts. It exciting to see how all the new pieces will fit together that Chip Kelly has brought in, in particular Sam Bradford, who Eagles fans desperately hope will be the franchise quarterback they have been crying out for.

What I am most looking forward to (non Eagles)

Seeing how all the rookies that we have speculated about all off-season, in particular the match up between the first two overall draft picks, quarterbacks Jameis Winston and Marcus Mariota in Tampa Bay on Monday morning.

Certainty of the week

Aaron Rodgers to throw at least four touchdown passes as the Packers blow out the Chicago Bears. Just who catches those passes is the big questions.

Sneaky upset of the week

Don’t be surprised if the Oakland Raiders can defeat Cincinnati at home. The Raiders are building a nice offence with Derek Carr, Amari Cooper, Michael Crabtree and Latavius Murray.

Who has the most at stake

New York Jets new head coach Todd Bowles. Simply must beat the Cleveland Browns at home or else the heat in the big city will come early.